E2E test automation, also known as automated end-to-end testing, automates the testing of your product's end-to-end workflow from the user's perspective in a real-world scenario.

E2E testing, when performed manually, can be a laborious task, but with our E2E test automation services, you can easily verify the complete end-to-end flow of your product at speed due to broader test coverage.

Faster detection of issues means more immediate resolution, an error-free application for the user, and higher brand value for your company. 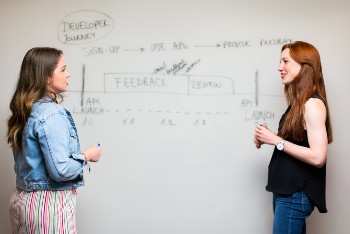 We perform load testing prior to deployment using the most advanced testing practices and tools to determine if your website or application performs well even under high load volume.

A thoroughly tested application for end-to-end workflow from a user's point of view essentially means a positive and improved user experience.

We test your website and application for future workloads and anticipated stressors with our load and stability testing services, helping you set up auto-scaling in the cloud environments.

A better user experience increases customer satisfaction, which leads to higher retention, sales, and, as a result, a higher ROI.

Detect all bottlenecks even it's a third party

Our E2E test automation services adhere to a meticulous plan covering all test cases across all platforms. The best part is that your applications are tested in real-time, allowing our expert testers to pin down any stumbling blocks, which are immediately rectified and retested for further quality assurance.